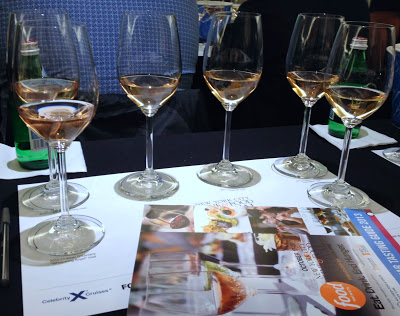 To learn more about Provence rosé and Château d’Esclans, please read my earlier post, “Château d’Esclans’ Garrus Rosé Bedazzles.” I am grateful to Win Rhoades, proprietor of South Street and Vine in Portsmouth, New Hampshire, for his quick lesson in viticulture. Any errors here are not those of Paul Chevalier or Win Rhoades; they are mine (although they may be related to drinking wine while taking notes!)

Print
2013-10-28
Previous Post: UPDATE: ANSWERS FROM MARC PERRIN ABOUT “THE CURIOUS CASE OF MIRAVAL’S GRAPES”
Next Post: PATRICIA WELLS IN MY KITCHEN