CALISSONS, CROQUETTES, BEAUMES DE VENISE, AND TEA FROM PALAIS DES THÉS: THESE ARE A FEW OF MY FAVORITE THINGS IN PROVENCE AT CHRISTMAS 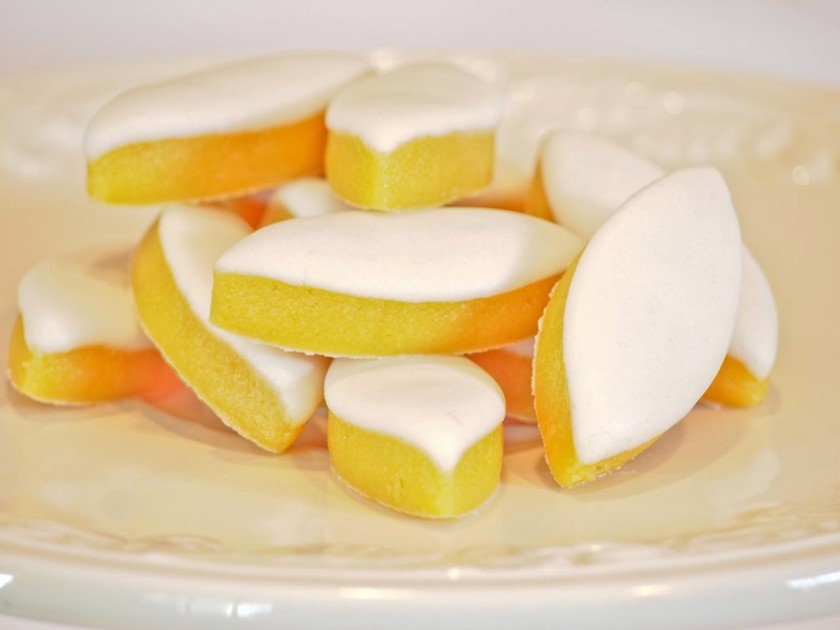 “Calissons” is the first of a three-part series that focuses on what you may find in Provence after the “big supper” (otherwise known as the “Gros Souper”) on Christmas Eve,  Called “the thirteen desserts of Christmas” or “Les Treize Desserts de Noël,” tradition dictates that the desserts consist of dried fruit and nuts, fresh fruit, and sweets totaling 13 desserts to represent Jesus Christ and his 12 apostles at the Last Supper. The desserts are set out after Midnight Mass, all at once, on three layers of white table cloths (that represent the Holy Trinity). People who live in Provence know that everyone should take a piece of each dessert. (I don’t know what happens if you don’t, but I don’t want to tempt fate.)

Although the specific desserts may vary by regional or family tradition, it seems that every table is graced by the “four beggars” or “les quatre mendicants,” which stand for the four monastic orders. Look for walnuts (or hazelnuts) representing the Augustinians, almonds for the Carmelites, raisins for the Dominicans, and dried figs for the Franciscans. Dates, standing for the foods from Christ’s homeland, and prunes may also be found under this category of dried fruits and nuts.

The fresh fruit platter is likely to consist of tangerines, oranges, apples, pears, and grapes. The tangerines, probably from neighboring Spain, are particularly sweet this time of year and have always been a part of the Les Treize Desserts de Noël that I have seen.

The sweets always include white and black nougat: nougat blanc and nougat noir au miel. Said to symbolize good and evil—or, alternatively, to represent the shift from long bright days to long dark days as marked by the winter solstice—the classic nougat hails from Montelimar (where it is AOC protected). The table probably also includes fougasse or pompe à huile (a sweet cake made with olive oil and perhaps orange flower water). In some locales, this may be served with a jam made from the grapes harvested from local vineyards. It’s widely understood that the bread should be torn apart (rather than cut) in order to protect one’s assets. Candied citron, quince paste (pâte de coing), and spice cake (pain d’epice) may be parts of this impressive spread and, nowadays, a bûche de Noël may also be found on the table. Finally, if you are lucky, as the title of this article suggests, calissons and croquants may be part of the thirteen desserts, too.

A sweet wine such as Muscat de Beaumes de Venise is a ideal accompaniment followed by a steaming pot of Palais de Thé tea .

This three-part series begins with calissons. Next week, I will write about croquettes and Beaumes de Venise, and, finally, in my third piece, I will focus on my favorite teas in the world…from Palais des Thés.

Print
2013-12-08
Previous Post: TWO BOTTLES OF ROSÉ FROM PROVENCE’S CHÂTEAU PIGOUDET: ONE FOR THANKSGIVING AND THE OTHER FOR LEFTOVERS (MY FAVORITE MEAL!)
Next Post: CROQUETTES, CROQUETS, OR CROQUANTS: A PROVENÇAL SPECIALTY BY ANY NAME