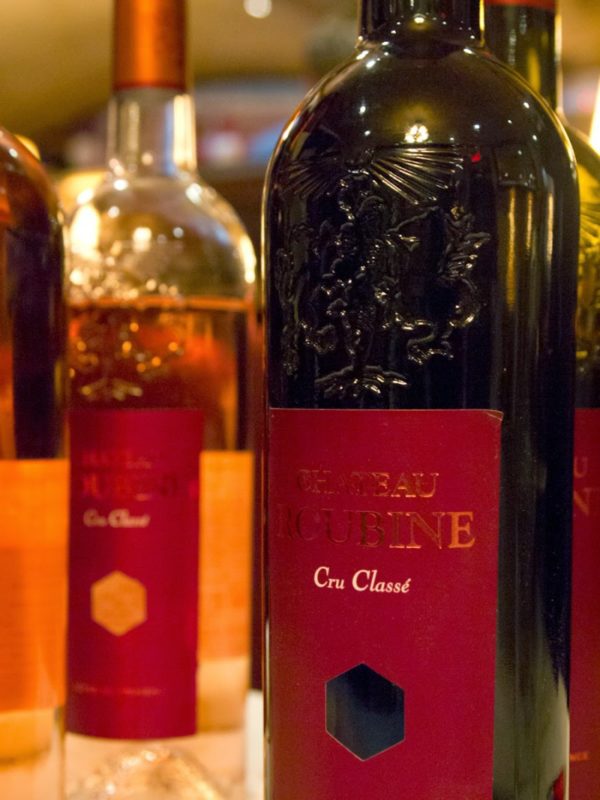 Château Roubine, from whence the rosé I am drinking comes, is built atop Knights Templar property. In the center of Provence, in the heart of the department of the Var, in the town of Lorgues, lie these vineyards on land once owned by the (in) famous medieval order of the Knights Templar.

More on Château Roubine’s refreshing rosé to come, but right now I want to pursue the Knights Templar. This once powerful military order, formed in 1119 and sanctioned by the Catholic church in 1129, is back in the popular press with the recent release of Dan Brown’s new book, Inferno. Knights Templar lore played a pivotal role in Brown’s earlier blockbuster book, The Da Vinci Code, and is relevant to his current book because it draws upon the first part of Dante’s Divine Comedy, entitled “Inferno,” which is said to have been inspired, in part, by the persecution of the Knights Templar. 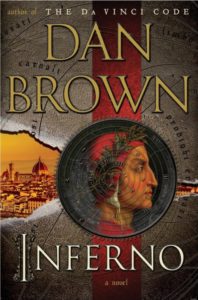 Dan Brown, native of nearby Exeter, New Hampshire, was in his hometown last night signing books and, at the very same time, I was drinking this rosé made from grapes grown on Knights Templar land. Hmmm, is there a connection? Was this a sign? Is there a conspiracy? To add to the intrigue, I was wearing my grandfather’s Freemason ring. Well, whether influenced by these connections or the wine itself, I found myself looking up the Knights Templar.

This group was founded by two French knights for the express purpose of protecting the passage of Christian pilgrims to the Holy Land. After the First Crusade (1099) opened Jerusalem to Christians, the route there was still fraught with danger. They successfully protected Christian travelers from bandits (and worse) for many years and eventually established themselves across the land as fierce warriors. The Order was recognized by Pope Honorius II in 1129 and, in addition to their military duties, they took vows of chastity, obedience, and poverty. Originally called “The Poor Knights of Christ and the Temple which is in Jerusalem,” they relinquished their worldly goods to the Order which gradually amassed a huge amount of money which led to their development of a large and sophisticated banking system.Over the course of 200 years, their power and influence grew and would be their downfall. They owned much land in Europe and the Middle East, built large castles and churches and also oversaw farms and vineyards—such as the property that is now Château Roubine. It has been said that the Knights Templar was the “world’s first multinational corporation.”

By the time the world entered the 1300s, Christian control of the Middle East had clearly eroded and, with it, the military role of the Templars. But, the Templars still wielded much power through their vast network of businesses and extensive banking system. Because they did not owe any allegiance to a given country, they unnerved those that were in power such as King Philip IV of France who was also in great debt to the Templars.

In 1307, King Philip ordered the simultaneous arrest of many of the Templar knights and charged them with a long list of offenses: Satanism, idolatry, heresy, “unnatural acts,” obscene rituals, financial corruption, and secrecy. Although the charges were likely entirely fabricated, under torture, many of the Templars falsely confessed and were burned at the stake. Pope Clement V attempted to intervene but eventually acquiesced to the King and dissolved the Order.

In 1314, The Grand Master of the Templars and several other officers were burned alive at the stake in front of Notre Dame Cathedral in Paris. Legend has it that, as the flames rose up around Grand Master Jacques de Molay, he shouted out to Pope Clement and King Philip that “God knows who is wrong and has sinned. Soon a calamity will occur to those who have condemned us to death.” Both men died within the year.

In 2001, documents in the Vatican were discovered that revealed that Pope Clement had been pressured to support the King (who was apparently a relative). Dated 1308 and known as the “Chinon Parchment,” it stated that the Pope had absolved the Templars of the charges. Another 1308 Chinon Parchment, known about as early as 1693, said that all the Templars who falsely confessed to the fabricated charges were “restored to the Sacraments and to the unity of the Church.” Today, the Roman Catholic Church, states that the persecution was unjust.

The demise of Knights Templar, coupled with the “dispersion” their huge cache of treasures and money naturally set the stage for the legends that ensued, most notably their alleged possession of the Holy Grail and the existence of a secret society that some say has prevailed to this day.

Dan Brown, of course, is not the only author to spin tales about the Knights Templar. Ivanhoe and Foucault’s Pendulum are two other well-known novels and Indiana Jones and the Last Crusade and National Treasure are two well-known movies.

Château Roubine does not need to spin tales to capture to the imagination of those who try their rosé. As one of the oldest wineries in France, the château rests on the land once owned by the Knights Templar. In 1307, as the Order was being dissolved, the château was given to the Order of Saint Jean of Jerusalem. Because the property is not far from the Roman road, Julian Way, it is likely that vineyards were there much earlier than the 14th century. Today, the château is owned by French fencing champion Philippe Riboud and his wife Valérie Rousselle who oversees the wine production.

It is one of 14 wineries in the Côtes de Provence classified Cru Classé by the Ministry of Agriculture. The ranking, awarded in 1955, is based on the wine estate; the only other area where the ranking is based on the estate itself is in Bordeaux (awarded in 1855). All other classifications, including Burgundy and Champagne, are made on the basis of vineyard area.

The rosé I am enjoying is part of the winery’s Cuvée Classique line, described on their website as “a typical Provençal wine at [once] light and fruity it is perfectly suited to Mediterranean cooking.” I found it very light, crisp and refreshing with maybe hints of citrus and would have to agree that it would go well with Provençal cuisine—I had a hankering for Bouillabaisse as I sipped it. 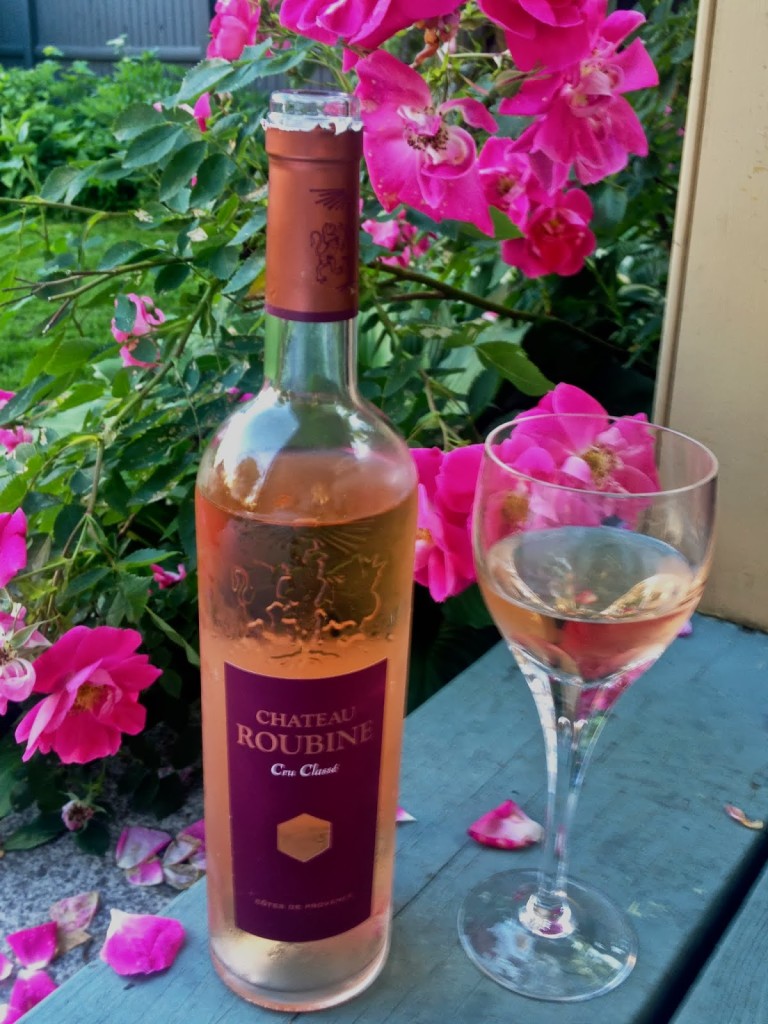 This wine is made from seven grape varieties – Cinsault, Grenache, Cabernet Sauvignon, Carignan, Tibouren, Syrah, and Mourvèdre. This 2011 rosé recently received a silver medal in the Concours Général Agricole 2012 tasting. It is a real treat. The average price is around $19 for the handsome bottle that bears an attractive insignia inspired by the Templar coat of arms and includes a dragon (to represent the nearby city of Draguignan) a lion (to represent Lorgues), and the sun’s rays (to represent Provence).

Château Roubine produces two other AOC rosés that good friend Pamela O’Neill tried on a recent visit to the winery. Although the other two rosés are considered to be finer wines (as reflected in their prices), Pamela preferred the Cuvée Classique.

This winery also produces three lines of red and white wines, some of which we got to try at the “Provence in the City 2013” rosé wine tasting in New York City. Sponsored by the Conseil Interprofessionnel des Vins de Provence/Provence Wine Council, it was a sensational tasting of Provence rosés.

Like a good book, a good wine can transport one to other places and times, without ever leaving the chair.  I wonder if Dan Brown’s new book will be as beguiling.

Print
2013-06-16
Previous Post: THE CITROËN 2CV: I LOVE THAT TIN SNAIL
Next Post: TUESDAYS IN PROVENCE : OH THE STRESS OF WHICH MARKET TO VISIT