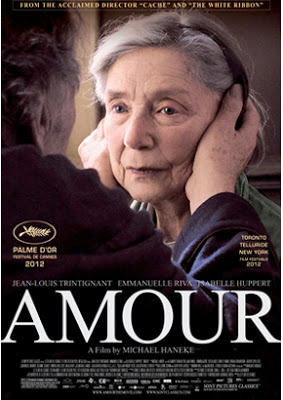 Amour has captured the hearts of movie-buffs, critics, and those that bestow those coveted awards every year. The Austrian film—I know, you thought it was French!—swept France’s César Awards this past Friday evening: Best Film, Best Actress, Best Actor, Best Director, and Best Original Screenplay. It also received the Palme d’Or award at Cannes this past spring. 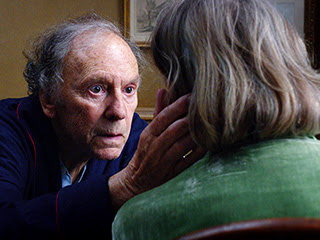 Amour is not a movie for everyone. It is an emotionally-raw, starkly honest, and intensely intimate film about the love between two octogenarian music teachers who have been married so long that they know one another other as well as they know themselves. Their devotion is tested by the downward spiral of Anne (played by Emmanuelle Riva) following a debilitating stroke and subsequent unsuccessful surgery. Her husband Georges (played by Mr. Trintignant) takes on the painfully difficult task of caring for her. As Georges’ vibrant wife devolves into a spirit-less shell before his eyes, we watch how he struggles to cope. It feels intrusive to sit in the audience. 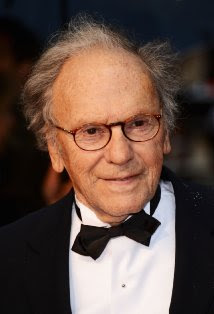 The French-language film is subtitled but the dialogue is not complicated. With just a little knowledge of French, the subtitles are not necessary.One does not need to be an astute reader to surmise that I am a big fan of this movie. I don’t expect it to win Best Picture and, based on history, I would not expect… a Best Director win, but wins in Best Actress in a Leading Role and Best Foreign Language Film are very likely. I have seen all the movies in which the nominees for Best Actresses starred and I am definitely rooting for Ms. Riva for Best Actress in a Leading Role. As for Best Original Screen Play, Amour also seems to be a strong contender. 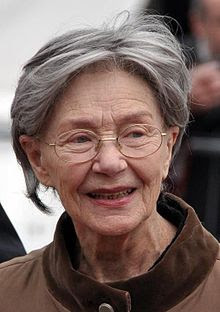 Until the envelopes are opened—you never know when you might be stumped for conversation while, say, waiting for drinks at an Oscars Party—I thought you might enjoy a few tidbits of information about Amour. 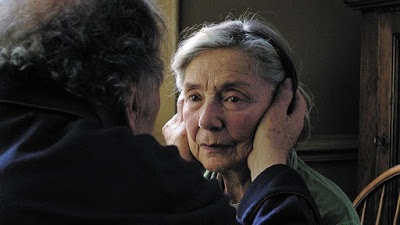 Print
2013-02-24
Previous Post: FRENCH POSTCARDS FROM THE PAST: BEYOND PROVENCE
Next Post: ÉDITH PIAF DIED 50 YEARS AGO BUT HER ICONIC SONGS LIVE ON