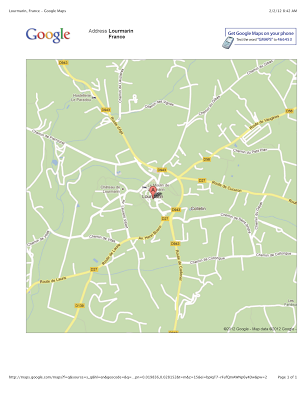 A February 1, 2012 ruling in France has left sensible people scratching their heads: Google has been ordered by a French commercial court to pay over 500,000 euros because it gives away web mapping services.

The precise ruling, according to The Economic Times, is that the Paris court found “Google guilty of abusing the dominant position of its Google Maps application and ordered it to pay a fine and damages to a French mapping company.” That mapping company, Bottin Cartographes, charges businesses for the same services. Their clients—hotel and restaurant chains, banks, automobile rental companies and retail chains such as Louis Vuitton and Intermarché—pay for “tailored mapping solutions” in print, web, and mobile arenas.

“Unfair competition” was the complaint. Two years ago, Bottin Cartographes accused Google France and its parent company Google Inc. of engaging in a “loss leader” strategy of attracting clients by offering free services to seize control of the market.

This is not the first legal tête-à-tête for Google and France. Legal issues have ranged from charges that Google black listed a French company to violations of privacy. The costs to Google have been high. According to the Economic times, France’s “data privacy regulator imposed a record fine of 100,000 euros on the company” for privacy invasion in Google’s Street View service.

As a traveler to France, there are several internet mapping services that can provide routing and directions for you.  By the way, these are free…