EASTER ON THE CANAL DU MIDI 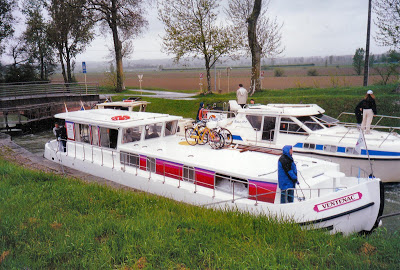 The Modern Trobadors ventured beyond Provence for this story.  The Canal du Midi is a short drive from Provence–for example, it is a three-hour drive from Lourmarin to Carcassonne, the world-famous medieval castle and fortified city.  This is one of those “must-see” destinations in one’s life.
We celebrated Easter on the Canal du Midi eleven years ago.  It was a glorious day in every respect.  The details of holidays past often fade or blend together as the years go by, but that Easter stands alone from all the others for me.

For one reason, there was considerable worry among the children about whether the Easter bunny would find us.  Knowing that the bunny doesn’t typically cover France—flying church bells returning from their visit to the Pope in Rome have that territory—their worries were well founded.  But, clever bunny that he is, he managed to locate the barge with the sleeping American children and to deposit soft hats—rather than cumbersome baskets—filled with chocolate eggs, peeps, and Harry Potter jelly beans. The screams of sheer delight that emanated from our barge must have been heard as far as Castelnaudary.

Another reason I recall that Easter so well was the fabulous feast that we were able to produce in our tiny, modest galley on that quite sizable barge.  Into an oven the size of my cosmetics bag, we managed to stuff a leg of lamb, itself stuffed with shallots and herbs and resting on a bed of potatoes and other veggies, and some how it emerged as the most beautiful and succulent lamb I have ever had. A salad of several curly lettuces, probably adorned with few olives and perfectly sliced tomatoes (right, Bre?), a couple of baguettes and an assortment of cheeses, and lots of wine comprised the rest of our meal. The dessert, as best we all recall, was a cake that Towny and Dustin pedaled into town to purchase from a patisserie.  There was no linen table cloth to cover the formica table, no china nor silver to properly set the table, and yet it was, to modify the phrase Hemingway used to describe Paris, a truly moveable feast that will stay with me for the rest of my life. 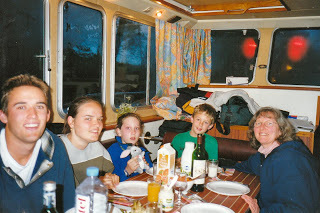 The beauty and peacefulness of that area of the world, of course, also stand out. Time slowed way down. The photographs that follow in no way fully capture either feeling, but I hope will leave you with some impression of how we saw it. 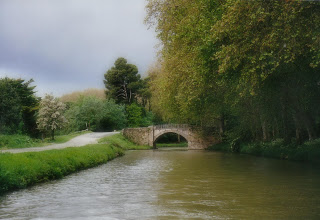 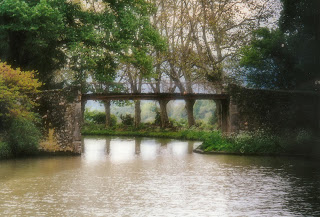 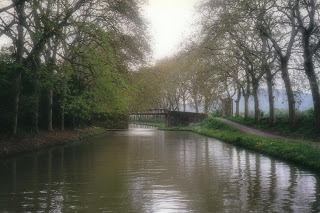 And the company with whom we embarked on this adventure definitely contributed to making that Easter in 2000 stand out, among the many other wonderful Easters we have been blessed with.  If you are reading this, you travel and you probably have…
stories—some wonderful and others downright ghastly—of traveling companions.  We had a terrific team.
There were eight of us—three families—who joined together to navigate along a 73-mile (118 km) stretch of the Canal from Negra, just outside Toulouse, to Argen-Minervois, not far from Narbonne. We went through 66 locks and moored the boat in seven different places. 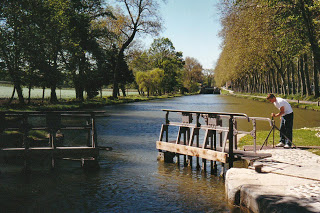 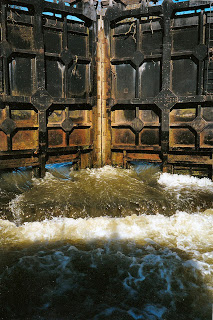 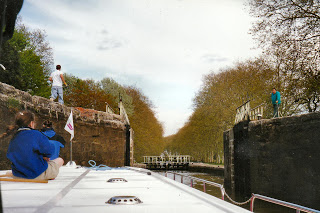 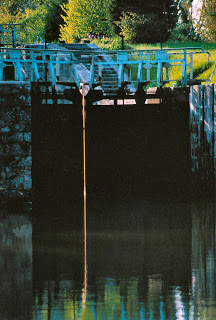 The Canal du Midi, along with the Canal de Garonne, connects the Mediterranean to the Atlantic and, as such, the two are often referred to the Canal of Two Seas. Prior to the Canal, ships had to navigate around the pirate-infested waters of Spain, a voyage that took upwards of a month to make.  Built in the late 17th century, the Canal du Midi is still considered an engineering feat and, having navigated a significant section of it ourselves, we can attest to the fact that it is indeed an amazing accomplishment of both engineering and architectural  beauty.  It is the brain child of Pierre-Paul Riquet, whose genius and tenacity have led others to call him “the last of the Romans.”  Sadly, Riquet did not live to see the inauguration of his 14 year project.  He was 71 when he died, just a few months before King Louis XIV officially opened his Canal to navigation in 1681.

In the early years, small sailing barges dominated the waterway, followed by horse-drawn boats and steam-powered tugs. By the 1850s, some 30,000 passengers were reportedly making the trip each year, but when the construction of the Bordeaux railway was finished in the late 1850s, traffic plummeted.  Diesel-fueled carriers increased traffic in the 1920s, but as carriers grew larger, the locks could no longer accommodate their size and commercial shipping largely abandoned the waterway by the late 1970s.  Fortunately, the UNESCO World Heritage Centre added the Canal to its list of Heritage sites in 1996, thereby encouraging its continued preservation.  Pleasure cruising—by people like us who rent their own boats or as passengers on barges commandeered by tour companies—has breathed new life into the canal.
We visited cultural sites along the way, some more high brow than others.  The Musée du Chats, in Castelnaudary, is a barge that doubles as museum and home.  It is bulging at the seams with everything cats–ceramic, plastic, and live–and one dog.  The wood carvings graced either side of one of the locks we passed through. They were created with a chain saw, boasted the artist–who also operated  the locks–and they were, well…original and definitely more popular that the dolmens I insisted on visiting (vexing everyone in the group but the women).
The magnificent castle in the medieval fortified town of Carcassonne, also a World Heritage site, is rivaled by few other castles. As we rounded the bend along the Canal du Midi, the vision of the castle in the distance took our breath away. The site has a long, complicated, and often bloody history:  it was first occupied as as far back as the 6th century BCE and includes settlements by the Gauls, the Romans, the Visigoths, the Moors, the Franks.  It was later in the center of conflict between the Cathars and the Church. The calamitous 14th century saw various epidemics, floods, and the black plague, among other things. Then, there was the inquisition and lord knows what else….about now, I am feeling very inadequate in the history department.  But, I can report with great certainty that Carcassonne was a hit with everyone.
Time slowed way down on the Canal du Midi.  We had time to read, write, play cards, ride bicycles along the tow paths, and just relax. 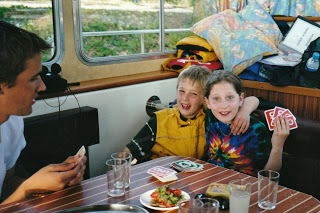 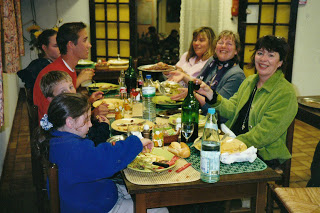 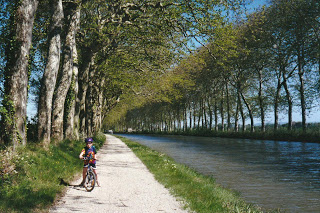 We would moor the boat every evening in an attractive spot near a market, a restaurant we had read about, or a tourist destination.  The barge could be moored almost any place except where forbidden by a sign or where it would impede traffic. It was important to securely tie up the boat, a task we successfully accomplished every time but once (when we all left the barge to visit a nearby village and returned just in time to grab the last rope still on land, stake attached and bopping  toward the water, trailing behind the wayward boat).

I have had many wonderful Easters before the Canal du Midi and many after, but that particular celebration with my eight mates, on a barge tied up with just a few mooring spikes in the middle of the beautiful wilderness of the South of France was magical.
It’s no wonder the Easter Bunny found us. 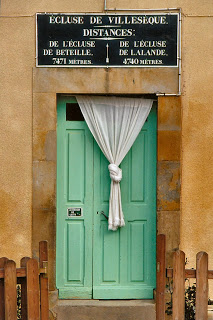 Print
2011-04-24
Previous Post: 10 MARKETS IN PROVENCE: #1 IS LOURMARIN (OKAY, WE’RE BIASED!)
Next Post: WHEN IN PROVENCE, DO AS THE ROMANS DID: ATTEND A PERFORMANCE IN ORANGE’S ROMAN THEATRE